Wednesday, October 03, 2018
In September 2016, we were at Chagantipadu village, about 30 miles from the city of Vijayawada in
Krishna District of Andhra Pradesh in India. It was about noon and we were noticing farmers lining
up cartloads of banana bunches at the local auction market. There were bananas of different
varieties, Grand Naine, Chakrakeli, Amruthapani being brought. The staff at the auction yard were
grading the bananas at the auction gate and writing down details like which farmer brought in this
produce, how many bunches were there of which variety and their respective grades. These bunches
were then lined up on the yard for auction. When the clock struck one in the afternoon, the auction
yard was almost full with bananas and beginning to buzz with local banana traders who came to the
market to buy bananas. There were about ten thousand bunches to be auctioned and we were
wondering how long it might take to auction so many bunches. 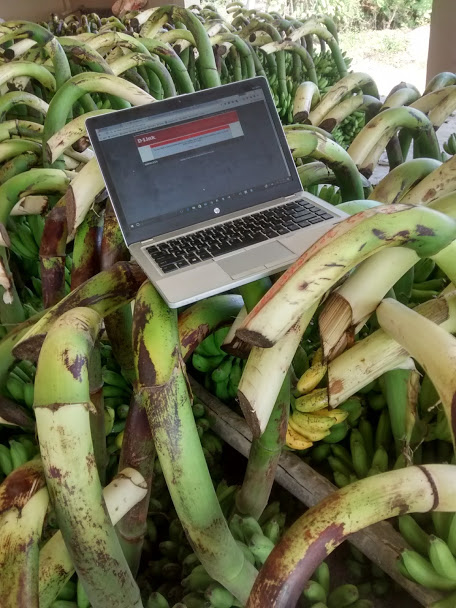 To our surprise, when the auction actually started, we noticed the speed at which the bids were
made, finalized and recorded on paper. It was hardly 40 minutes before the auction was over! Now
came the time to reconcile the transactions for each trader and farmer, calculate the payables and
receivables, issue receipts and settle cash. Unlike the super quick auction, this process looked
painfully slow and often chaotic. Traders lined up for settlements often were disputing the
transactions and calculations, farmers coming and asking about what was the value of their sales
and the managers of the auction market having a very difficult time to manage all this activity. It was
about 9 PM in the evening when the last truck carrying bananas left the auction yard, leaving behind
the auction market managers tired and hungry. 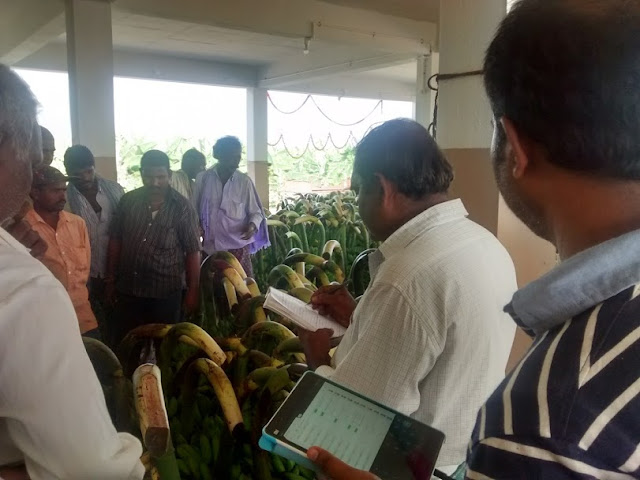 Chandra Mohan Reddy, who is a progressive farmer and the main man behind this auction market
told us later that though it was a good feeling that farmers were benefitted from the auction market
since they were getting better prices for their produces, it was challenging for him to sustain the
Farmer Producer Organization (FPO) that ran this auction market. The workload was hectic and the profits did not seem to come by. He said, “we know something is not right, we must be earning
higher profits from the volumes we see but somehow the money is not realized and we don’t know
what is going wrong”. Being an educated farmer and very foresighted, he was open to our proposal
to study his auction market and deploy our digital platform for his business.

After two weeks of intense groundwork, Keansa implemented Farmore, a digital solution for Farmer
Producer Organizations at the auction yard. We traveled several times to set up their internet and
computer systems, digitize all existing data, and then prepared them to have their first digital
auction. Truth be told, it was not an easy exercise. The auction process was very quick and the user
interface of the solution was not coping too well. We had to redesign the User Interface next week.
Despite this hiccup, the benefits were seen. The computerized auction made calculations and
receipts very simple and quick. Four weeks later, when the system was totally fine-tuned, the
auction manager was able to operate the system on a tablet PC and keep up the pace with the auction
process. The reconciliation, billing and printing process was super quick and painless. By 4 PM in the
evening, the last truckload carrying the fruits left the auction yard. Chandra Mohan Reddy and his
staff were happy that it saved them so much effort and about 5 hours of the day. They were looking
forward to the next auction. The results of the first day were evidently positive but the real benefits
could only be seen when we tracked progress over time for a year. After a year, when we compared
business data, there were remarkable improvements in the key performance metrics of this auction
yard.

The FPO managers told them they believed there used to be financial leakages, untracked
receivables, missing payments data which affected the financial performance of the FPO. These were
prevented when data was digitized, organized and reported. The FPO had far more visibility of their
business data and thus greater control over their business. With the data issues sorted out, they
could spend their time and energy to service the farmers and traders better. During September
2017, a year after digitization, the market had 6 times more farmers registered with the FPO and 3
times more traders participating in the auctions. Data also showed that the Average Sales Volumes
on auction days went up from INR 60,000 to INR 160,000. Units traded touched a peak of 14
thousand bunches a day and has been consistently above 10 thousand bunches a day. Average
prices earned by farmers increased by 38%. The FPO was also able to use their time better and grow
beyond auction sales of bananas and move into retail sales of vegetables and input marketing. 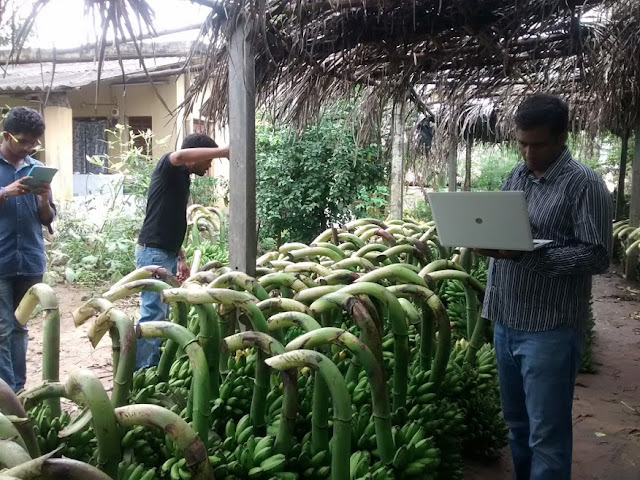 To summarize, faster auctions, accurate and prompt settlement of payments, availability of good
quality and higher volume of stock, instant SMS messages to farmers on transactions, healthy
accounting practices made a very significant difference in this business. And, not to forget that the
FPO is able to use the software solution independently with minimal support from the Keansa team, was a welcome change. 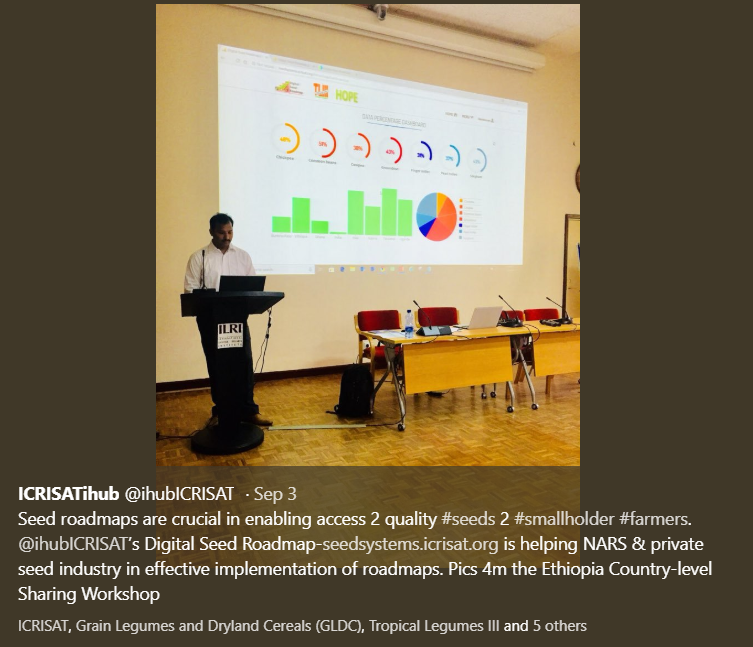 Last September, we were at Ethiopia and Uganda for an interesting assignment. We were helping the CGIAR scientists and staff to plan seed productions for new varieties of seeds that were developed specifically for African countries. African farmers grow various types of crops and each have numerous varieties suitable for different types of soil, water and weather conditions. African farmers predominantly engage in subsistence farming, meaning, they consume most of what they grow for their living. This means, a good harvest is necessary to alleviate their hunger. What the CGIAR team was working on was to ensure improved seed varieties were available to farmers that provided good yield in their local conditions. We understood that it was a very important exercise that we were part of.


As mentioned before, there is a need for different varieties of seeds for different regions based on soil, weather and other biological characteristics. The primary crops that were being promoted in these…